Pretty uninspired for this week's theme, I then noticed this big full moon tonight.
So here it is, a bit pixelated (bad 200 lens + will to crop that way will do that…), but I guess it fits the them :).

This is from a spot called "Takamaka".
It offers an amazing view on forests as well as waterfalls.
The weather was pretty threatening :).

Have a great week-end.

In 2007, a major eruption occured in the south-eastern part of the island.
The volcano then produced 3,000,000+ cubic meters of lava per day, between april 2nd and may 1st.
The area photographed here is called the "Grand Brûlé" (Great burnt) and the road, crossing through solidified lava, was ready one month after the "Piton de la fournaise" erupted.

(Don't know why, but I felt like writing a bit tonight :), a bit on this birthday, on self-driving cars, Google's vision and future, hoping to not bore you all :))

As you can see, the post I'm sharing has nothing to do with this birthday… yet in some way I believe it strongly does.
See, when Governor Brown (CA) signed this new law on Autonomous Vehicles, +Sergey Brin made quite an announcement: Within the next five years, YOU and ME will be able to experience self-driving cars, just like you can buy an hybrid vehicle today (maybe just a wild guess from Sergey and there is still a lot to do, but still…).

So… this means that by the time Google turns 19, "it" will have a global driver's licence. Most "kids" in France get their licence around the same age (18 is the legal age here).

And all of this can be linked back to Google's foundations, and some of their key competitive advantage, based on a focused – yet oh so broad – mission, repeated in this 26 minute video: "We want to use and create technology to dramatically improve the world".
Yeah, nothing more than that :).

It's funny how this commitment, and this focus can be echoed in the news around iOS6 and Maps:
Google has invested heaps of time and money to create this gigantic mapping data and interface, crawling around the globe to make it easier for everyone to navigate around the world (just like search improved navigation online).
Apple comes in and tries to replicate it, but fails, lacking hundreds of thousands of work hours on this tremendous project that is mapping the whole globe.
Google then takes this whole technology and – I assume – uses a big part of it to build a system for self driving cars.

Everyone talks about Google+ and how this network is a ghost town, and no matter how much we insist that it's just Google evolving to something more social, they just don't see it. Well, they'd rather focus on Google X, because with products like Google Cars and Google Glasses bringing all this knowledge gained from all of Google's projects through the years, I reckon Google is already on the right track for a good decade+. Oh, and by then, if some company tries to replicate something like the Google car initiative (I mean, not partnering with Google (which, by the way, could become as important for Google in revenues as the old Microsoft-IBM model) but trying to build it all from scratch), it will be a whole lot harder to nail than a "simple" maps project.

Again, happy birthday +Google, can't wait till you are 19.

Really excited about what happened yesterday.  California Governor Jerry Brown came to Google to sign a new law about self driving cars.  Hopefully more states will follow soon.  It’s great to see politicians standing up for legislative reforms that allow greater innovation — especially Alex Padilla, the author of this bill.

Sergey and I founded Google because we’re super optimisitc about the potential for technology to make the world a better place.  Think about how many people are underserved by transportation today, like those with disabilities, and how self driving cars will transform their lives.   Or the wasted time you sit in your car every day commuting to and from work.  Or the deaths and injuries that could be avoided.  It’s great to think that when young kids start driving the cars they're in will be guiding them safely on their journey.

You can see Sergey talking about all this here at 6:30 into the video:
CA Governor Brown Signs SB1298 (Autonomous Vehicles)

This makes it some sort of "man-made waterfall" :).

not always at its best during the holidays in Reunion Island, but… it was a great opportunity to take some of these shots.
This was on the southern coast, with dark volcanic cliffs contrasting with some lovely clear blue water.

This is for #seatuesday  +Sea Tuesday  curated by +Julia Anna Gospodarou 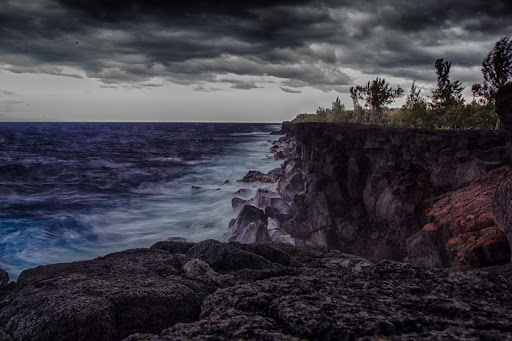 Here a stiched photo (no Wide angle yet 🙁 but I liked this point of view) of the church called "Lady of the Lava", in southern Reunion Island.

Why the name? Well, just check the foreground for a clue!
Yes, this is actual lava, as the church was "miraculously" spared in the 1977 eruption of the "Piton de la fournaise" volcano. 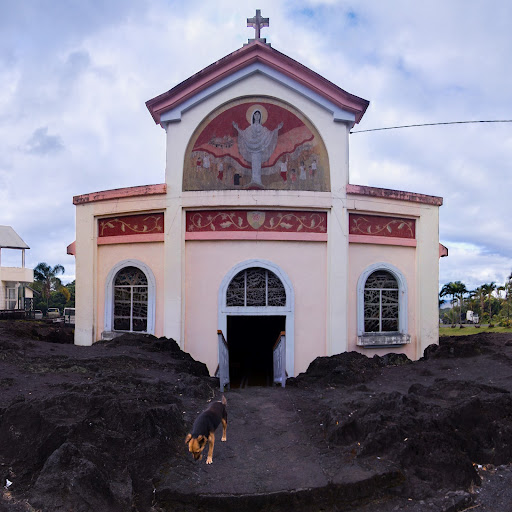 This tree, its yellow tints and partial yellowish leaves were just calling me for this autumn shot :).

I shot this at a place it does not give any justice but oh well :).
That place is the Albert-Kahn museum and garden in Boulogne-Billancourt.
Albert Kahn was a French Banker born in 1860.
As a philantropist, Kahn launched a huge project called "The Archives of the Planet", a unique historical record of 70,000+ photographs and hundreds of hours of film, collected in 50+ countries between 1909 and 1931.

In his garden – apart from the tree I captured 🙂 – you can wander through continents in a small walk, from a Japanese garden to a French (and English) one through a conifer wood.

The place is really nice and I'd recommend it any time.

I felt like this shot fit in well with the "In The Garden" theme.
It's not really a plant originating from La Reunion, and I shot it in a little chapel on some hike, facing waterfalls.

I just thought roses were interesting as I assume most of us can have some in our gardens, some sort of international "garden flower".

Have a great week-end.

Ah… i'm back from holidays.
Reunion Island was really nice, and here is a little sunset drink (local beer, called "DoDo" there) for a nice #thurstythursday  curated by +Giuseppe Basile and +Mark Esguerra.

I still haven't taken the time to go through my whole set of photos… but I will post more in the coming days.

Also for #coastalthursday  curated by +David Polzine and +Jon Kahn 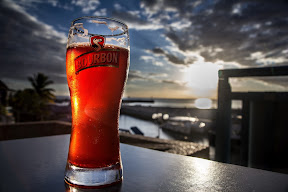